The business environment of Greece

In an increasingly changing environment characterized by constant structural changes and intense competitive pressures, the role of Small and Medium Enterprises (SMEs) in our society has become even more important because they create employment opportunities and are key for the well-being of local and regional populations.

The share of SMEs in our country is 63.5% of the total value added, while the corresponding EU average is 56.4%. Respectively, the total employment share is 87.9%, well above the EU average of 66.6%.

In the coming years, the forecasts for the business environment in Greece are quite positive as an increase in both total value added and the employment share of SMEs is expected.

In 2008 in Brussels, Belgium, following a unanimous decision of the European Parliament, the Small Business Act (SBA) initiative was born with the main purpose of improving the overall policy approach of all of the Member States of the European Union with regard to entrepreneurship.

It is the flagship EU policy initiative to support SMEs and more specifically includes a set of policy measures organized around the following principles:

To improve the governance of this initiative, the annual Fact Sheets have been published since 2011 to improve understanding recent trends and national policies that may affect the media of each country individually.

In the latest edition of these bulletins for our country, its business environment is outlined and together with it, important indicators, that will be analyzed later. It is worth noting that Greece's performance is below the EU average in 8 of the 9 SBA policy areas.

On a positive note, our country shows extremely rapid growth and improvement in all the above areas and is expected to perform better in the coming years.

Starting from entrepreneurship, the levels of Greece are at satisfactory levels in terms of the time required to start a business.

There are many Greeks who want to pursue a career as an entrepreneur, but there are very few who actually intend to start their own business within the next three years. This is due to the lack of knowledge required and the infrastructure needed to make a successful business start.

Regarding the demographics of Greek companies, we observe that in 2018 the average percentage of EU start-ups was 9.7%, while in this index Greece had the lowest return with 4.7%. Respectively, the average mortality rate of EU companies was 7.8% and in this case, our country shows a very low rate of 2.9%, which is extremely positive as businesses that stop their operation are very few.

Also in the same year, more than 4 in 5 companies set up a year earlier in the EU business economy had survived their first year. More specifically, the total survival rate of one year was 81% and Greece was one of the countries with the highest percentage with 97%.

In this category, the fear of failure, which discourages those who want to start a business, presents dangerously high rates in our country compared to other EU Member States.

In addition, although the cost required to complete a bankruptcy process is low and the strength of its legal framework is satisfactory, it takes a long time to complete the necessary procedures.

“Responsible administration” refers to the public administration that meets the needs of SMEs. In general, there is a positive trend that can be explained in part by the reduction of start-up costs of a business and the minimum required capital. In addition, the procedures for starting a business have also been simplified.

Regarding this sector, Greece is rated above the average of the other EU Member States. Of course, it still lags far behind in rewarding successful media, which also leads to a lack of media coverage.

Access to finance is extremely important for SMEs to finance investment needs to make the transition. However, at all stages of development, small businesses face greater financing difficulties than large companies. Improving access to finance requires an approach that combines a favorable regulatory environment, adequate and aligned European and national funding, and access to business and investor networks.

Greece is one of the weakest players in the EU in terms of access to finance as almost all indicators are below the EU average. Venture capital is not available in Greece and it is estimated that the availability of funds for new and developing companies in Greece are among the lowest in the EU.

In addition, we have some of the worst performance in three more indicators: the share of rejected loans to SMEs, banks' willingness to lend and access to public financial support. However, it is worth mentioning that there have been significant improvements in these three indicators in the last 3 years, but we have not reached satisfactory levels.

The single market is the market primarily chosen by European SMEs for their activities. It represents 70% of the value of exports of goods by SMEs and 80% of total sales made by exporting SMEs to other Member States. However, the number of SMEs exporting to other Member States could be much higher (eg only 17% of all manufacturing SMEs export within the single market).

Greece's performance in the single market sector remains below the EU average, despite significant improvements since 2008. In particular, our country has the lowest share of European SMEs participating in intra-Community exports - imports into the EU.

Greece's performance in skills and innovation is in line with the EU average, which is an improvement from the previous reporting period. The pace of innovation has also improved considerably in recent times years. Our country is also rated higher than the EU average in various innovation-related indicators, including internal innovation within SMEs, introducing product and process innovations as well as marketing innovations.

Regarding the high-growth enterprises that have shown particular interest in recent years, they have a share of about one in six of all companies in Greece (15.8%).

Of particular interest are the expenses of companies for Research & Development (R&D) which in the EU averaged 457 euros per capita in 2019. In some countries such as Sweden and Denmark this amount exceeded 1000 euros while in Greece amount is around 200 euros which is quite low.

Greece holds one of the lowest positions in the EU in the field of environment. However, there is a positive trend for the share of SMEs that are going to take resource efficiency measures. The share of companies that will benefit from public support for their resource efficiency actions is going to increase considerably. It is also worth noting that so far, despite the lack of public support, Greece has one of the highest percentages in SMEs that offer green products or services.

Greece's performance in internationalization is one of the weakest in the EU, with a large majority of indicators below the EU average in this area. The percentages are also small in terms of the availability of information and the automation of formalities.

Companies need financial intelligence to structure a strategic competitiveness plan. The tools of this plan are innovation, benchmarking and knowledge management.

*Greek version of this article is available on Naftemporiki. 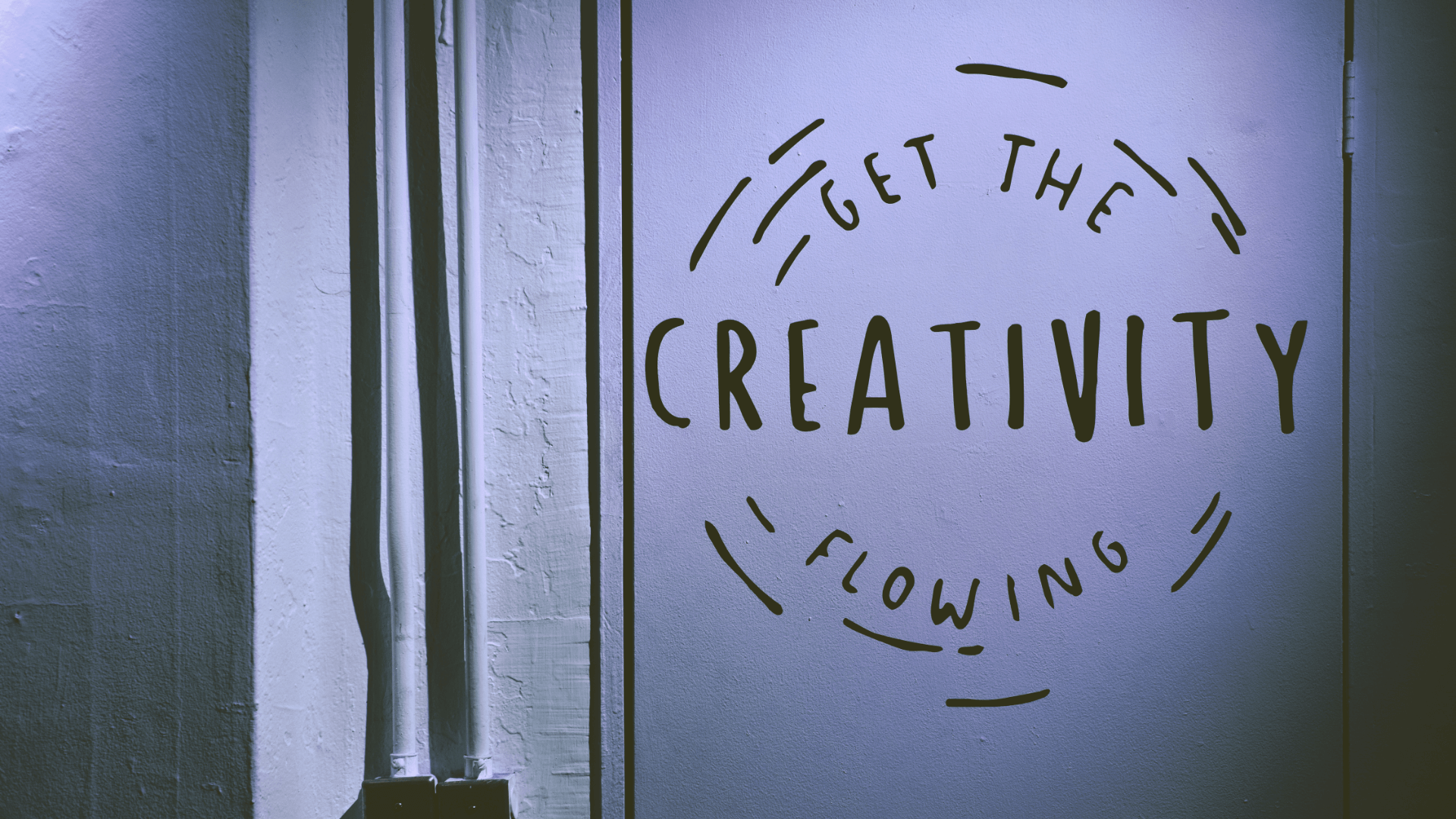 Yes, creativity is something you can learn. 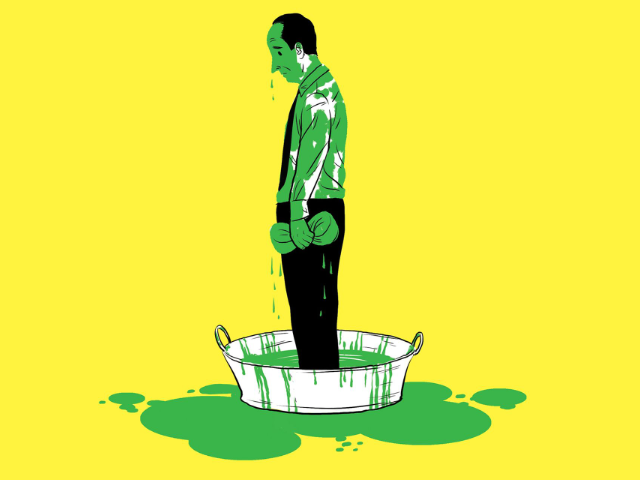 Greenwashing and ways of detection.